Yup, it’s happening. The mission is happening. Mexico is beautiful. Miracles happen all the time. 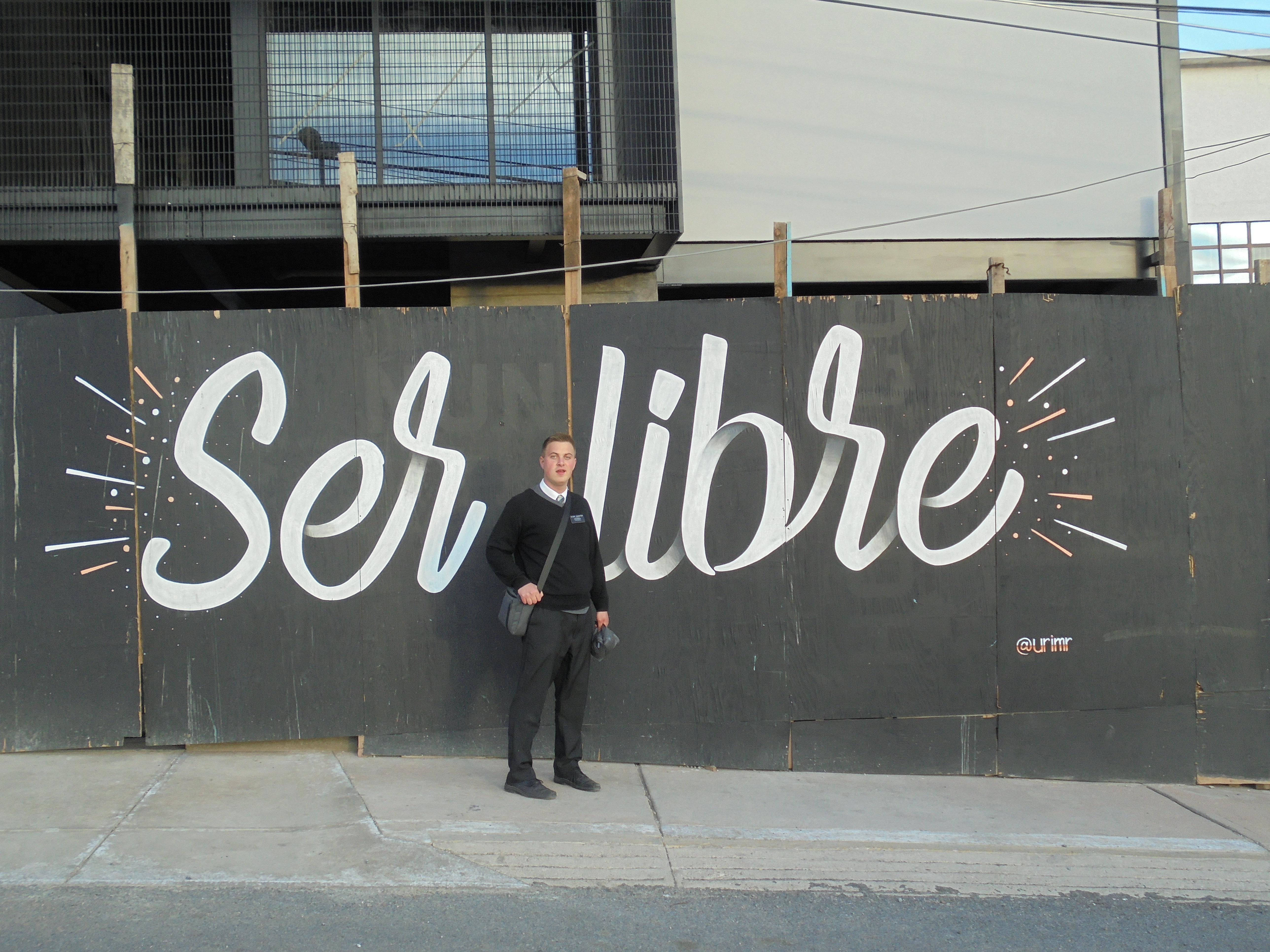 We had two big lessons this week, with Hna Alma and her friend Louisa on Friday? I would have to look at my planner. They live together with their combined 8+ kids. When Saldaña and I went on exchanges, Wakley and Durst gave them each a book of mormon. And when we met with them, Alma and Louisa said they knew it was true. Which is awesome. I know that if they will read it and pray about it, they will want to change their lives. It might have already done that. I didn’t say much during our lesson, it was mostly Wakley, he sometimes goes on a roll of straight fire. Sometimes the kids just ask me a bunch of questions, like where I’m from, how I’m so tall, and where that line on my head came from (I make some great stories) But when we each testified, the spirit hit us all so strong. And they were starting to tear up.

The other lesson was with Hna Mary. We met her by means of a miracle last week, I forgot to mention last week: We went to an electronics store to check out a few things on pday last week, and we left. Then we met up with Elders Durst and Saldaña, and Wakley said, “Aw, there’s nothing in there. Let’s go” Then I said “Why not? We have time.” Then we went in, and she walked up to us: “Do you people believe in seeing someone after they die?” Whaaaat
She recenty lost her dad, and was wanting to know where he was. She was very direct in our lesson last night: Where is he right now? Why do I hear his voice? Why are we even here, on earth? She and her mom (her dad’s wife) were both crying at different points of the lesson. And her 3 year old daughter, who started out by watching kid stuff on youtube and eating tostadas, ended by messing with my watch, showing me her nails, showing pictures in the Plan of Salvation pamphlet, and running to and from something on the other side of the hallway, laughing and talking. We later thought about it and we know that her grandpa was there with his wife, daughter, and grandkids. The spirit was so strong.

If you can’t tell, this week went by really quickly. It is really a blur sometimes, and I get lost in the work.

I don’t have a ton of time! Love you all! 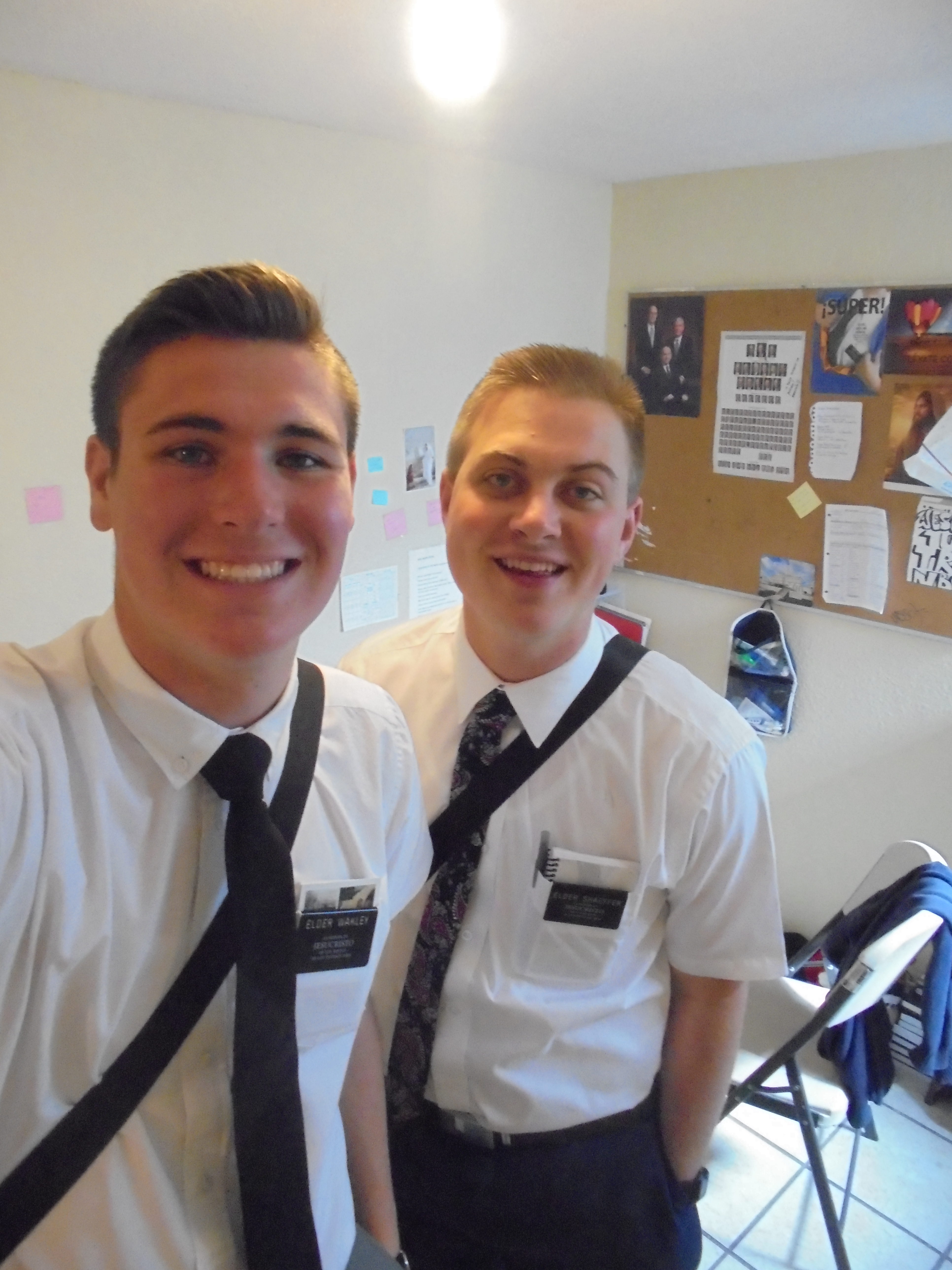 3. Intercambios, lunch and all that 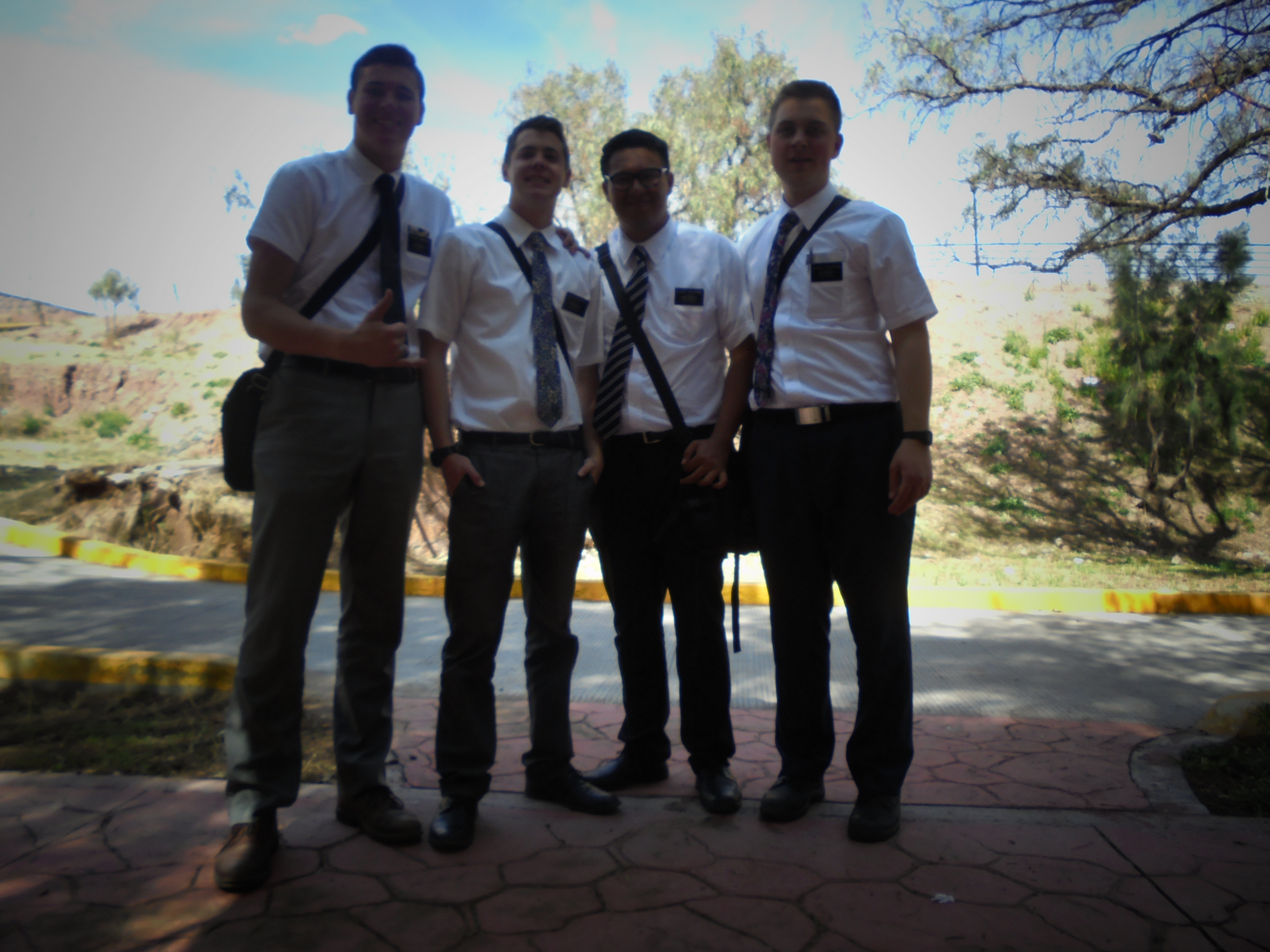 We were super busy this week! Lots of walking and talking and learning. Elder Wakley and I have great companion moments every day, and thankfully he takes selfies on his camera nearly everywhere we go, he’s a stud like that.
Should I just go day by day? I would get more details but it miht be more boring. AndI would want to go off on a tangent, like I always do. Let me know what you think, and remember to like and subscribe

Martes: District meeting, Elder Wakley is a great teacher. He’s been district leader for 4 transfers. I said he’s been a trainer for 4 transfers, but that’s not true, just about him being district leader. I’m his first trainee. Hna (hermana) Liliana, the best member ever, whose daughter gave me a christmas stuffed Goofy (because apparently I’m a lot like him, clumsy and funny (even though Idon’t understand most of what people say)) needed a blessing because she is feeling ill. She asked me to give the main part of the blessing! I was more nervous than any other time of my mission. I don’t remember a lot of it, but Wakley later said that a part of it sounded really fluent. So I guess that was the Gift of Tongues right there

Miércoles: We fasted today. It was sooo hard because we walked up and down all day, looking for new people. Wakley has a great perspective on what a fast is. I usually think that I ask for a blessing or help from Heavenly Father, and in return I go without food for a while, but Wakley understands it as this: We go without food. We pray and ponder, and in our weakest moments, we reach out to God. and that’s pretty awesome, we prayed for the opportunity to find a new investigator that needs our message. And we did! José Manuel is a super nice guy. We contacted him on the street. He basically just gave his life story, and wants to find out more. That’s often how first meetings go here, just us listening, applying it to a principle, and finding a time to come back. We haven’t met with him again yet, but we will this week.
We also had another lesson with hna Alma, remember her? We’re trying to get her to come to church. It’s weird because she has 4 kids that are all cute but crazy, and she feels like she needs permission from her husband. Kinda dinky, but if we get to bear our testimonies and let the spirit flood in, it will help people to know that we are servants of the Lord.

Jueves: Weekly planning. Wakley is a master of conversation, and always has something to say. He always finds good and room for improvement in everyone equally, even himself. We also had exchanges with Elders Durst and Saldaña, and Durst and I met this reference hna. Durst (in the same generation as Wakley) did the intro and all that, and she said that she’s working all the time. A common reply. Right before Durst said “ok, thanks, have a good day” – I chimed in. “Do you want to find more joy in your life? Life is really hard. Sometimes it’s hard to be happy. I know that our message is a message of joy. And we want to share that with you.” Or something along those lines.
She let us in and we had a good lesson, and now Durst and Saldaña have a much needed new investigator.

Viernes: Service for a member in our zone, who needed help moving. And we made jello for our service on..

Sábado: The big thing was that we went to a Mexican old folks home. I couldn’t understand basically anything anyone said – imagine not really knowing a language, then talking to an extent of those people who don’t have teeth. Yeah. But I kinda love old people, so it was still really really fun. We sang hymns to them.

Domingo! The El Orito ward has 200 plus members, but the average attendance is 45. It’s tough sometimes. The less active number is a scary subject, and there’s a lot to be done there. I passed the sacrament. We had ward council, and there’s a lot to do. One day at a time.
I’m practicing piano to learn more hymns to play in Sacrament meeting. Right now the music director goes up, sings the first line, and says “like that.” And then we sing. Our bishop doesn’t know yet, shhhh
And Wakley wants to learn to sing better and actually play the piano. My practicing went out the window when I taught him the musical alphabet and hot cross buns and chopsticks.
Also made some mac and cheese with Elders Durst and Saldaña.

Today: We toured an old mine. Lots of cool pictures on Wakley’s camera, because mine died. I got a couple of nice souveniers! Not all of them are for me ( o _ o )

I’m sorry I don’t have my camera with me right now, you’ll get a whole bunch of photos. next week. Btw you can’t say “A whole bunch” in Spanish, just “mucho mucho.” pfft

Happy Valentines day this week, love you all. Family is the most important important thing in existence.