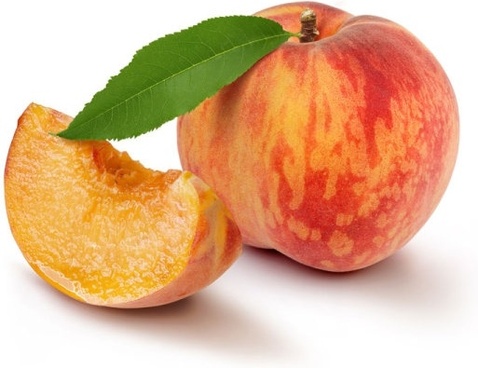 Carol: I just read the funniest thing on Facebook that cracks me up. My friend that I’ve known for 10 years in Gilbert just put this on Facebook. She has 62 comments and all but four say to “eat the peel”. The ones that said “peel the peach” are mostly from the South or hate fuzz.

Carol’s friend on the friend’s Facebook page: “Poll time. I just recently found out that some people eat the peel right along with their peaches! Mind blowing! I have always peeled peaches so now I’m curious, do you peel or don’t you?”

Alison: That’s funny! I have never thought to peel it unless I am making something with them!! Ha ha

Janet: Of course, I say eat the peel. It’s not even that fuzzy if you wash it. However, Rob would disagree. He grew up with peaches right in the backyard, but rarely ate a fresh peach! If he did, it was peeled and sliced for him, put in a tiny custard dish, and served with sugar on top. They were all bottled and eaten bottled! He has slowly squired a taste for fresh peaches since we’ve been married, but he still rarely eats them (unless I peel them, sugar them, and serve them w cream).

Kristin: It is mind blowing to me that so many DON’T eat the peel! What can I say without sounding narrow minded? I will just say: I think that being comfortable with eating a fresh peach with the peel is a reflection of your stamina, gratitude for all living and your personal righteousness. (just kidding!!!)

Maybe next time someone ask, “Why do you have such an awesome family,” we can simply say – “We eat our peaches with the peel on them to build character, courage and charisma. It makes all the difference.” (Sorry for making fun. It is too late.)

So interesting, though, for sure.

Carol: Right????!!! So funny!! But there you have it–Rob ate very few fresh peaches at all unless with the peel off…and they were in his own yard!!!! And to have your own orchard you must have stamina. 😄

Janie, do you have tiny custard dishes???

You’ve probably all heard my story about when I went to dinner at the Duncans for the first time and we had ice cream – one, perfect, small scoop – in the little custard dishes. They scooped it out of one of those big plastic buckets, by the way, and I thought it was a joke! They were surely playing a joke on me!! I ate mine in a flash and expected them to offer me more, but they put the lid on it and put it back in the freezer! I was shocked, confused, mystified. It was not a joke. I came to learn, though, that Alldredge ice cream quantities seem to shock, confuse, and mystify lots of people. Haven’t you all found that as well?

Carol: Cracking up over here!!! (In Vienna, in the youth hostel with three bunk beds so my kids are cracking up, too)

Actually, Fawsons eat tons of ice cream every single night. So my kids actually come by it honestly. We eat gelato over here on a daily basis. Ricotta with pear is my favorite flavor over here…

Delene: Haha! Yes, I remember that custard dish story, Janet. I remember eating six pancakes at the Roseberry’s once, and they were all staring in wonder;)
Food quantities and food crudeness, are both at a shocking high in our household. Nathan ate a bell pepper like an apple at work one day and shocked and amazed his colleagues (fellow teachers in TX). Other parents have been envious of my toddlers’ eating habits: “I need to have my Johnny spend time at your house and may be he would eat as robustly as your George! I can’t get him to eat anything but graham crackers.” Of course, they want to keep their distance when I’m also allowing my children to cut their teeth on sticks and small rocks at the playground;) I’ll be careful not reveal that we also eat our peaches…..peel on!!
🙂

Kristin: LOLOLOL! on all accounts! I am feeling very prissy since we have somehow reduced our ice cream quantities to one scoop in recent years (and we have little custard dishes, I am embarrassed to say, but we don’t have huge buckets of ice cream in contrast. I don’t remember hearing that story! how funny!). I have witnessed the Seamans eat ice cream and it is a sight to behold. Deek – I love how you word it “robustly” “Your George” “cutting teeth on sticks”… LOL!
The Shaeffers LOVE watching us eat, especially Adam, who has a reputation that puts many to shame. He can eat more drumsticks, fried eggs, or ham than the rest of the extended Shaeffer family. Adam is definitely a carnivore.

Carol – you cultured sister you! Ricotta with pear? wow. a youth hostel in Vienna! – how cool is that?!

I have received a lot of comments on what good eaters my kids are too. Desiree, Ben, Chuck … they all are amazed at the variety of foods we eat and how I know how to make so many things.
I remember Desiree, when she first moved in asking about our water drinking habit. “Your kids will drink water?!” Yes. “Do you have any juice?” No, I don’t buy juice or soda. “What do you drink then?!” We drink water. “That is all?” Yep. She quickly got use to it and I would imagine was quite liberated by the thought of having instant satisfaction to your thirst by turning on a facet.

Delene: So funny! Yes, the drinking water thing comes up a lot here, too. I’m so glad I know life does not have to be so complicated. I’d love to have someone point out the ways I do complicate things. I’m sure I do. “First-world problems” is a phrase we catch ourselves using to own up to the frivolity of some of our “necessities.” I account for much of our culture as a product of growing up in, and/or raising, a large family–no time for peach-peeling with so many hungry mouths;)
Hugs!